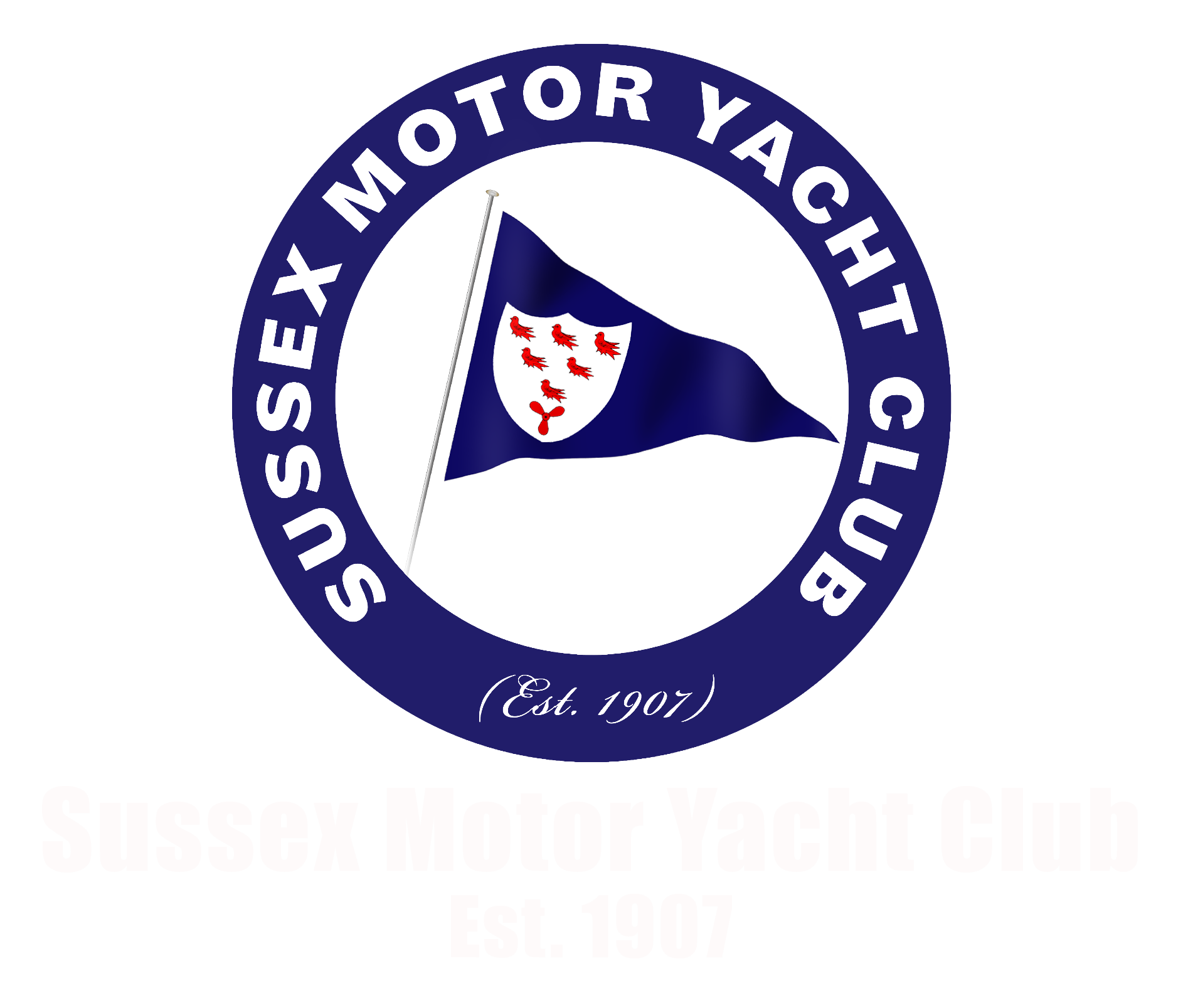 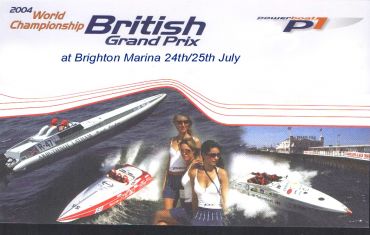 Unseasonable weather greeted the P1 Powerboats when they held their British Championships at Brighton between July 23rd and July 25th 2004. 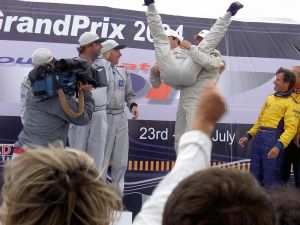 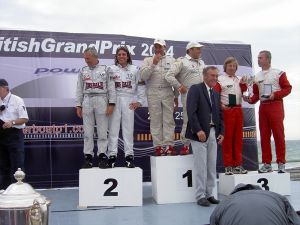 Racing took place over two days with a prior day’s practice in what proved to be deteriorating conditions.  There were two classes competing comprising a total of 14 boats some capable of 80 mph although the big seas made those speeds impossible. 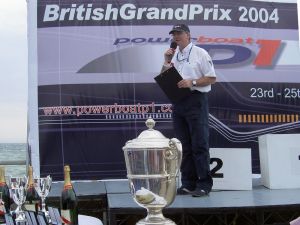 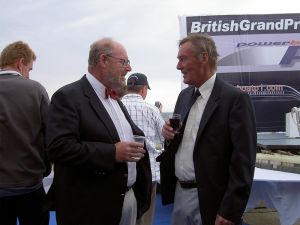 Racing on the second day was delayed by the race organiser in the hope of an improving seas state.  Advice from SMYC was that the weather would deteriorate in the afternoon rather than improve.  With no racing in the morning, racing commenced after lunch despite the worsening conditions and by the end of the afternoon, two boats had sunk and one had caught fire, beaching itself on the foreshore.

With sufficient races having been completed to qualify as a championship the winners were declared and trophies presented by Commodore of SMYC, Geoff Kemp. First in the Supersport Class was FAINPLAST (Ernesto ASCANI/Marco PENNESI/Massimo ZANCO/L.BISCEGLIA) of Italy receiving the Britannia Trophy and the winner of the Evolution Class was CANTIERI DARMA  (BIANCHI DINO FIORI/Franco BIANCHI/Aldo GLIORI/O.GRANUCCI) also Italy receiving the Venture Cup otherwise known as the Vanderbilt trophy. 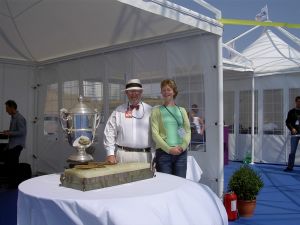